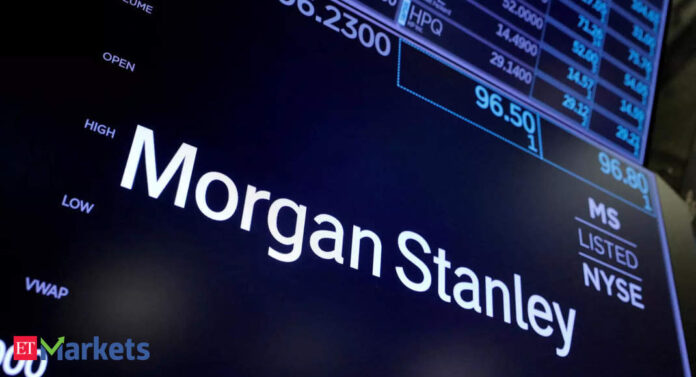 Foreign brokerage Morgan Stanley (MS) believes the second leg of the rerating cycle is on the cards for the banking sector.

, , and among stocks that are not fully pricing in a growth up-cycle, have access to retail deposits and high liquidity and appear well equipped to accelerate market share gains.

Morgan Stanley said Axis, SBI and Bank of Baroda (BOB) appear attractive, with room to re-rate further as core pre-provision operating profit (PPoP) growth accelerates. ICICI Bank, it said, is already trading at above mean valuations, but the brokerage believes its profitability and franchise are significantly better than history and think the stock has further room to re-rate.

MS hiked its earnings estimates for Axis, as a result of higher core PPoP growth, as it raised its loan growth and margin estimates. MS now sees Axis Bank at Rs 1,000 from Rs 910 earlier. SBI is well-positioned to capitalise on the upcoming turn in the macro cycle, the brokerage said while suggesting a target of Rs 675 (Rs 625 earlier).

MS sees the best risk-reward at BOB among SoE banks. As a base case, the brokerage has upped the target on this stock to Rs 170 from Rs 155 earlier.

Morgan Stanley said bank stock re-rating cycles work in two legs and that Indian banks appear to be in a transition phase between the two, it said in a note.

This phase happened over the past two years.

“The second, more sustained leg is usually driven by loan growth acceleration that sets an earnings upgrade cycle, and we believe catalysts for this are falling into place,” it said.

Besides, MS said the competitive intensity in retail deposits would reach a new high in the upcoming up-cycle. Private banks, it said, have lagged on retail deposit market share gains and are turning aggressive.

“Moreover, LCR regulations and bank mergers would intensify competition. Large banks – both private and SoE – stand out and appear better placed to accelerate loan growth and gain share. We raise valuation multiples to reflect improved growth and profitability outlooks over the next few years,” it added.