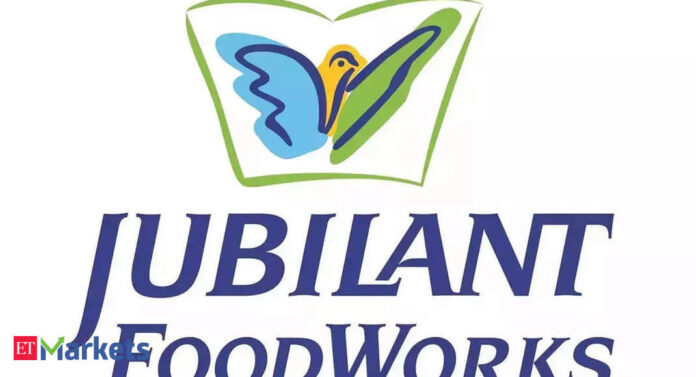 Shares of (JFL) rose over 3 per cent in Tuesday’s trade after Sameer Khetarpal joined as its chief executive officer and managing director.

Earlier in May this year, JFL, which operates fast-food chains Domino’s Pizza and Dunkin’ Donuts, announced the appointment of Khetarpal as CEO and MD, both with effect from September 5, 2022, for a period of five years.

While the highest target for Jubilant FoodWorks goes up to Rs 850, according to Trendlyne data, the average estimate of Rs 640.9 shows an upside potential of around 7 per cent from current prices.

Out of the 26 analysts covering the stock, only three of them have a sell rating while 11 have a strong buy rating.