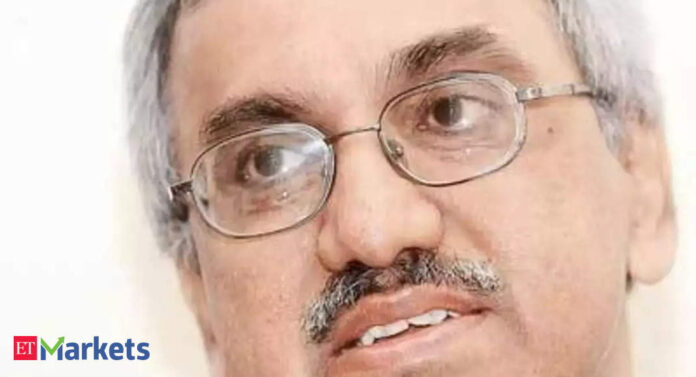 The Enforcement Directorate (ED) Tuesday arrested former National Stock Exchange (NSE) chief, Ravi Narain in a money laundering case. Narain was arrested from Delhi and will be produced before a special Prevention of Money Laundering Act (PMLA) court Wednesday for want of custody.

ED is probing a money laundering case pertaining to the alleged phone tapping of primary rate interface (PRI) lines used by the NSE employees. These lines were illegally intercepted between 2009 and 2017, according to people in the know

According to sources Narain was placed under arrest after he “failed to cooperate in the on-going investigations”.

ED’s case is based on the predicate offence registered by the Central Bureau of Investigation ( CBI) which has booked former Mumbai police commissioner, Sanjay Pandey, iSec Services, a firm linked to his family members and former NSE chiefs, Chitra Ramkrishna and Ravi Narain in the said matter. Earlier in July, ED arrested Pandey and subsequently had sought the remand of Ramkrishna from a local court as she was in the judicial custody in the NSE co-location scam probed by the CBI.

According to the CBI, NSE hired iSec Services Pvt., for conducting “periodic study of cyber vulnerabilities” at the bourse under a Rs 4.45 crore contract. However, the purpose was to snoop on employees, the agency said. Another contract of around Rs 8 crores was awarded to carry out system audits of the brokages including two who had availed the NSE co-location facility and have been accused of preferential access, thereby causing windfall lost to NSE.

Four PRI lines, each with a capacity of 30 telephone connections by

that originated from the telecom operator and terminated at the NSE office, were illegally intercepted without permission from a competent authority and without the consent of the employees between March 2009 and February 2017, they said.

“The numbers were identified by Ramkrishna and conveyed to Ravi Varanasi, the then vice president of the NSE, who provided the same to Mahesh Haldipur, the then head (premises) at the exchange, who gave it to iSec Services, the firm that carried out the tapping,” sources in the known told ET.

The probe will look into the circumstances under which the contract was awarded to the accused firm. “In their preliminary statements , both Ramkrishna and Narain have allegedly told the investigators that the contract was awarded to the ‘little known’ company based on the recommendation and did not follow any bidding process. The said firm had no prior experience and expertise but since it came through a recommendation and the company incorporated was by a police officer (by Pandey, when he had quit the service), NSE decided to go ahead with it,” said a senior official privy to the development.

“However, even after Pandey exited the firm and joined back the Indian Police Service (IPS), multiple bills, invoices and communications from NSE addressed to ‘Sanjay Pandey’ on behalf of the firm have been recovered. This is strong evidence that while the firm was operated by his firm members, it was Pandey who was controlling it,” the official said.

Another contract of around Rs 8 crore which was awarded to carry out system audits of the brokerages, including two who had availed of NSE’s co-location facility and have been accused of preferential access, thereby causing significant losses to the stock exchange is also under the scanner . Despite the Sebi’s 2013 guidelines on audit process mandating that traders using co-location facility categorized as high-risk brokers should undergo systems audit every six months and the same auditor can perform only three successive audits, in the case of Shaastra, iSec carried out the audits between April 2013 and March 2019 and in the case of SMC Global, it carried out audits between October 2012 and September 2015.

The probe has found that while iSec Services carried out the audits in the name of other auditors, the actual audits were carried out by an employee of iSec who wasn’t a certified professional. While the audit work was contracted to another firm or professional, bills were raised by iSec Services, and it also received the payments.