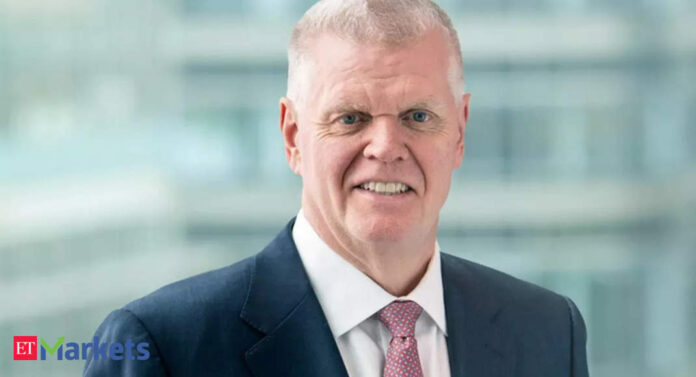 The Indian economy is progressively getting unlocked because of digitisation and simpler tax structure and is poised to reap the benefits of “re-globalisation” that is underway as companies alter supply lines to face the new geopolitical realities, said Noel Quinn, Group CEO of HSBC.

“India is progressively getting unlocked. India has all of the raw material that it needs because it’s got significant supply of labour in order to be a supplier to the world,” he said.

The world’s fifth largest economy has improved over the years in terms of ease of doing business as bureaucratic red tape has lessened and many reforms such as the goods and services tax has made compliance easier.

HSBC joins the growing list of global banks which have reworked their emerging markets strategy due to tighter regulations post the global financial crisis and accelerating digitisation.

Citigroup recently sold its Asian retail franchise, and JPMorgan, Barclays and Deutsche have realigned their strategy to squeeze more from corporates as the Indian domestic retail market is being served by the nimbler and .

Global financial markets are likely to remain volatile as central banks in different parts of the world take divergent routes to tame price pressures which are running at multi-decade highs causing some social unrest.

“There’s a major economic challenge for the world with the level of inflation where it is,” said Quinn. “There will be a correction in the demand curve, because inflation is starting to impact disposable income. I believe some of the demand side of the equation is going to start to soften.”

Recently Federal Reserve chairman Jerome Powell signalled that he’s on course for a third 75 basis points increase in interest rate and the European Central Bank also reiterated its commitment to raise rates to douse the inflation fire sweeping across the continent.

India is among the four pillars of the British bank’s redrawn growth strategy after years of adjustments.

“We certainly see India as an investment market… also China, Singapore, and Hong Kong,” said Quinn. “They are the four pillars of strong growth across all of Asia. And we’re investing in all of those four pillars.”