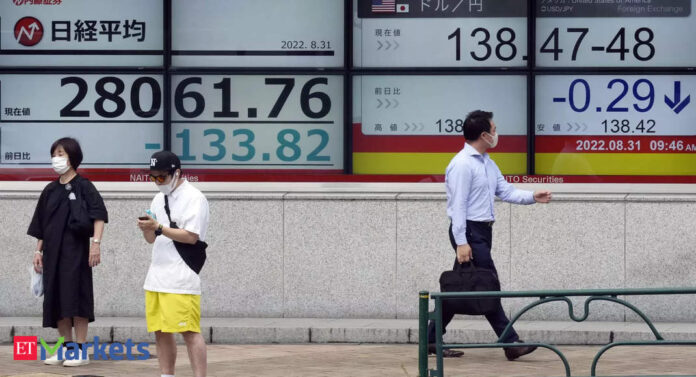 Asian shares rose on Tuesday morning after China pledged to make renewed efforts to boost its economy on Monday, while investors pinned hope on more clarity ahead of a number of central bank meetings.

MSCI’s gauge of Asia-Pacific stocks outside Japan was up 0.47%, with China’s benchmark CSI300 Index and Hang Seng Index opening up 0.2% each.

Chinese policymakers signalled a renewed sense of urgency on Monday for steps to shore up a flagging economy, saying this quarter was a critical time for policy action as evidence pointed to a further loss of economic momentum.

China also cut a foreign exchange reserves ratio to support the yuan – another signal authorities are uncomfortable with the currency’s slide.

“Bulk commodities will be dependent on the impact of Chinese stimulus and the success of this will be reflected in the major miners,” said John Milroy, an investment adviser at Ord Minnett.

Australia’s S&P/ASX 200 edged up 0.1% as investors await a Reserve Bank of Australia (RBA) meeting scheduled later on Tuesday that is widely expected to result in a cash rate rise.

“The focus is on RBA today,” said Milroy. “Like everyone we are expecting 0.5% cash rate rise. However also expecting and hoping we get some commentary that they are nearing the end of their rising cycle.”

The European Central Bank will meet on Thursday to discuss rate actions, followed by a U.S. Federal Reserve meeting on Sept. 21.

“There is a feeling that the next 75bp hike in September will see a deceleration afterwards,” said Sean Darby, Hong Kong-based global head of strategy for Jefferies.

E-mini futures for the S&P 500 index rose 0.68% in the Asian morning session, indicating a rosy start for Wall Street on Tuesday. U.S. markets were shut on Monday for the Labour Day holiday.

European stock indexes fell on Monday, the euro dropped below 99 cents for the first time in twenty years and European gas prices surged after Russia said its main gas supply pipeline to Europe would stay shut.

Oil prices slipped early on Tuesday, paring the previous session’s 3% gain, as a deal among members of the OPEC+ group to cut output by 100,000 barrels per day in October was seen as a largely symbolic move to stem the market’s recent slide.

The dollar index inched down 0.2% after touching a 20-year peak in the previous session.