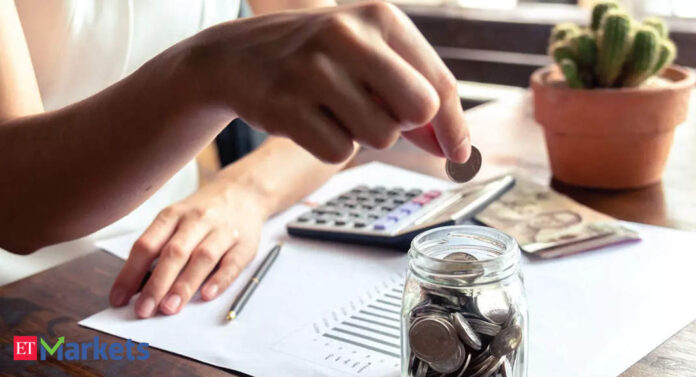 From India’s point of view, says the MD and CEO at

, a likely good monsoon, festive season that is around the corner, expectations of the country doing better than global economies, and may also see consistent flows, will keep investor sentiment upbeat.

Balasubramanian, who oversaw Rs 3.07 lakh crore (or $38 billion) in average assets in June quarter, said globally interest rates have been hiked on expected lines and bond markets are mostly discounting future moves, as reflected in the bond yields, and that there is a growing feeling of slowing growth, which has moderated expectations of aggressive interest rate hikes.

Companies are managing balance sheets more efficiently today and that was what reflected in the recent quarter earnings when the numbers largely beat analyst projections, he said while expecting the trend to continue for at least a handful Nifty50 companies going ahead.

Balasubramanian, who has three decades of experience in the MF industry, said there are companies that have taken price hikes; there are others who are keeping inventories with cost inflation and margins in mind and also there are companies that are handling employee-related cost-efficiently. He thinks there could be marginal surprise on the earnings side in some sectors in the next two-three quarters.

“There has been a pickup in consumer demand in the last one-and-a-half months and spending in general across different parts of the country. Companies have also taken price hikes and passed on some cost to consumers . Therefore, I would assume companies in a few sectors to surprise on the positive side,” he said in an interview to ETMarkets.com.

Balasubramanian has been with Aditya Birla Sun Life AMC since 1994. Prior to assuming the role of the CEO in 2009, he served as Chief Investment Officer with the MF house from 2006-2009. He also oversees global mandates through its subsidiary company in Singapore and Dubai, apart from overseeing Alternate Investment Funds, Real Estate and PMS.

Balasubramanian says being in the MF industry for decades, the key to success, he feels, is being ‘optimistic’. He prefers the term ‘optimism over ‘bullish’. He said one should think about making investment from a decade point of view and must not read too much into the intermediate volatilities.

“Every investment I make is for the long-term. One requires discipline in having conviction, staying optimistic and looking at MF investments as a long term vehicle. While we all can be optimistic, the market will go through volatility and the only way to address such phases is by making regular investments,” he said.

Flows into equity schemes dropped 42 per cent to a nine-month low of Rs 8,898 crore in July, but Balasubramanian, who is also currently serving as the Chairperson of AMFI, is not concerned.

He says the acceptance of mutual funds among investors is rising. Building a longer-term portfolio has been the core advice by mutual funds, and money that is coming to MFs today, he believes, is more of ‘long-term’ in nature.

He said while the pace of flows will vary from time to time and that interest rate movements or alternative investments may hold back some investments, the broader positive trend will still hold.